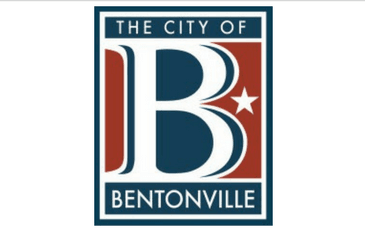 Bentonville is the county seat of Benton County, and the tenth-largest city in Arkansas. The city is centrally located in the county, with Rogers adjacent to the east, and is the home of Walmart, the world's largest retailer. Bentonville was originally named Osage after the Osage Indians who hunted in the area when white settlers first moved to the area in 1837. The community was renamed Bentonville after Thomas Hart Benton of Missouri in 1841 and was first incorporated on April 3, 1873. The four-county Northwest Arkansas Metropolitan Statistical Area is ranked 109th in terms of population in the United States with 463,204 in 2010 according to the United States Census Bureau. The city itself had a population of 35,301 at the 2010 Census, with an estimated population of 38,284 in 2012.

Bentonville is the location of the Walmart Home Office, and the retailer is very visible in the city. The Walmart Visitor Center is located on the Bentonville town square in Sam Walton's original Walton's Five and Dime. The home office includes fifteen buildings along Walton Boulevard in the west part of town. Just north of downtown Bentonville is Crystal Bridges Museum of American Art, founded by Alice Walton in 2011. The museum contains many masterpieces from all eras of American art, including many works from Walton's private collection. Across the square from the Walmart Visitor Center is the Benton County Courthouse, the center of the county government. Bentonville High School is located just west of Interstate 540/US Route 71 in central Bentonville.

Find a Home in Bentonville

See All Neighborhoods
The data relating to real estate for sale on this web site comes in part from the BROKER RECIPROCITY Program of the NWA REALTORS MLS. Real estate listings held by brokerage firms other than the owner of this page are marked with the BROKER RECIPROCITY logo. Listing brokers have attempted to offer accurate data, but buyers are advised to confirm all items. This data is updated daily.